Jason's Deli: received a $5.00 off coupon by email must print and surrender coupon and show proof of name and birthday.

Sephora: Once you register, you can go on-line or visit the store to receive your free gift.  You must make a purchase to get your birthday gift on-line. No purchase is necessary if you go to the store and pick up your gift.

Ulta: Email will be sent and needs to printed to receive your free gift.  Unfortunately I did not receive my email.  A free CK mascara was the gift.

CVS Beauty Club: $3.00 off any purchase coupon will be emailed. It has to be printed to be redeemed.

Summers Eve: A coupon that needs to be printed for a free 16 count box of cleansing cloths.  You must register your email first.

John Frieda: Receive an email with $1.50 off coupon

International Delight: receive a email with $1.50 off coupon

I am sure there are a lot more than these that I just posted. Feel free to leave a link of any freebies that you get on your birthday.  I would love to sign up for those you share.

It feels weird not posting a picture of anything on my blog.  These two guys here are the loves of my life!! They both love me, understand me and make me open my eyes and heart to trust God when things look and feel uncertain. 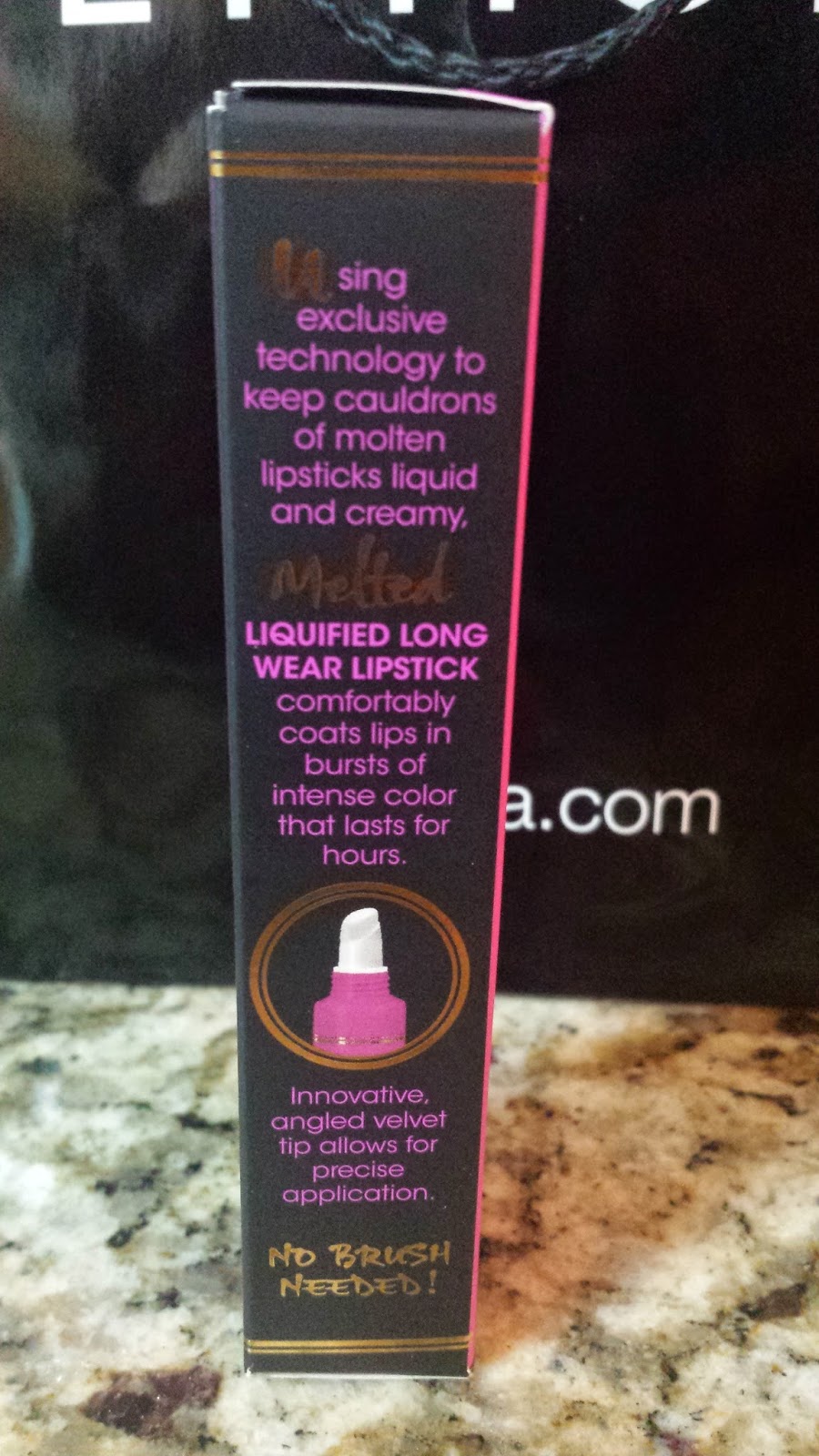 
Today was a very blessed day for me.  I turned 37 years young today.  I felt very fortunate for this years hardships and blessing.  God is good all the time All the time God is good!
Today I spent it with my son.  My husband is working out of town for a while and even though I missed him not being with us, Alex and I had a great day.
We decided to go to the "fancy" mall today which is about 30 minutes away which is not far at all but I just got so used to driving 10 minutes to our local mall.
Our first stop was to Build-A-Bear to buy Alex the new TMNT Build-A-Bear.  Unfortunately they did not have any in stock.  They won't be getting any until September!! The sales lady suggested we order a "unstuffed" one online and have it stuffed at the store.  I am so thankful to have son who doesn't throw a fit when things don't go his way.
We then went to the Coach store and I saw 2 pretty bags.  The first was the Mini Brooklyn and the other was the Mini Bleeker.  They were both cross body bags which is more my style. We ended up leaving without making a purchase.  We did make a small purchase at the Lego store though.  If you have a Lego Discovery Center or a Lego Park near by, they have coupons in their Lego magazines that they give out for free, for a free child entrance to either parks.
I went to Sephora and bought  Too Faced Melted Liquified Lipstick in Melted Violet.  I have not tried it on yet but it looked so pretty on my wrist.
We then walked into Michael Kors and I bought a black cross body bag. I forgot the name of it but will post pictures soon.
Afterwards we had lunch at our favorite Chick-Fil-A then went to the Apple store to figure out why the Internet crashes when he tried to use his iPad.  I also went to Lush but I don't think I have enough privacy in a day to take a quite relaxing bath anytime soon.
We then drove to ULTA to get Tarte Amazonian Clay Foundation. I also bought the Anastasia Amrezy Palette which is so pretty.  It was an unexpected buy because I mainly went there to get the Tarte Rainforest After Dark Palette.

Posted by Christina at 9:02 PM No comments:

This was our final full day at Walt Disney World.  We saved the best park for last.  Going to Magic Kingdom was the best ever.  The castle is simply magical.  The rides were awesome too. We were able to ride the Seven Dwarfs Mine Train Roller Coaster which was amazing!  Splash Mountain was awesome!  We also got on It's A Small World which was really cute.  Pirates of the Caribbean was cool as well.  Unfortunately, we had a long break because of the rain.  Fortunately, we were able to take cover at Big Top Souvenirs.  It was there that I had my very first macaroon.  It was very tasty. 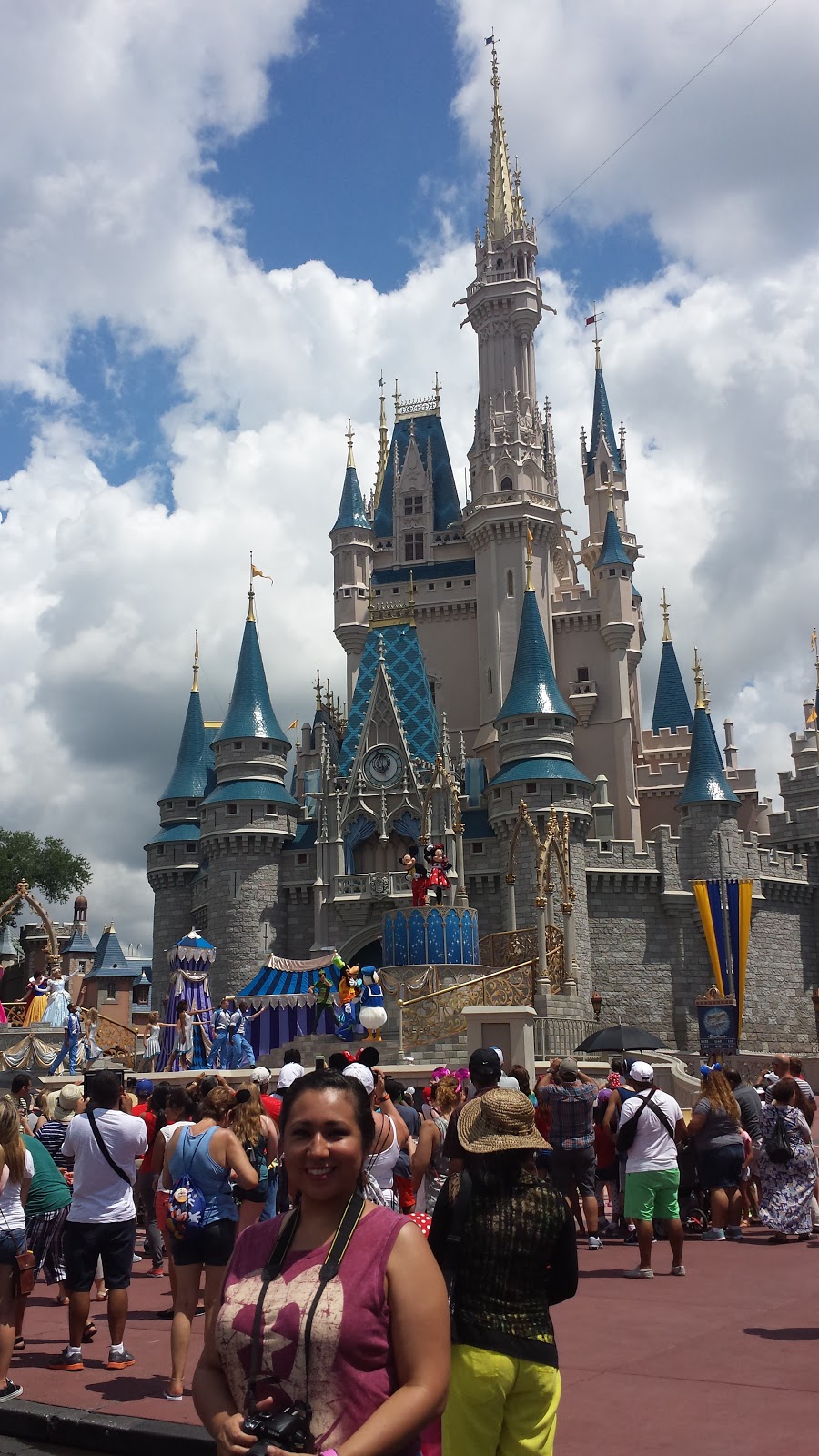 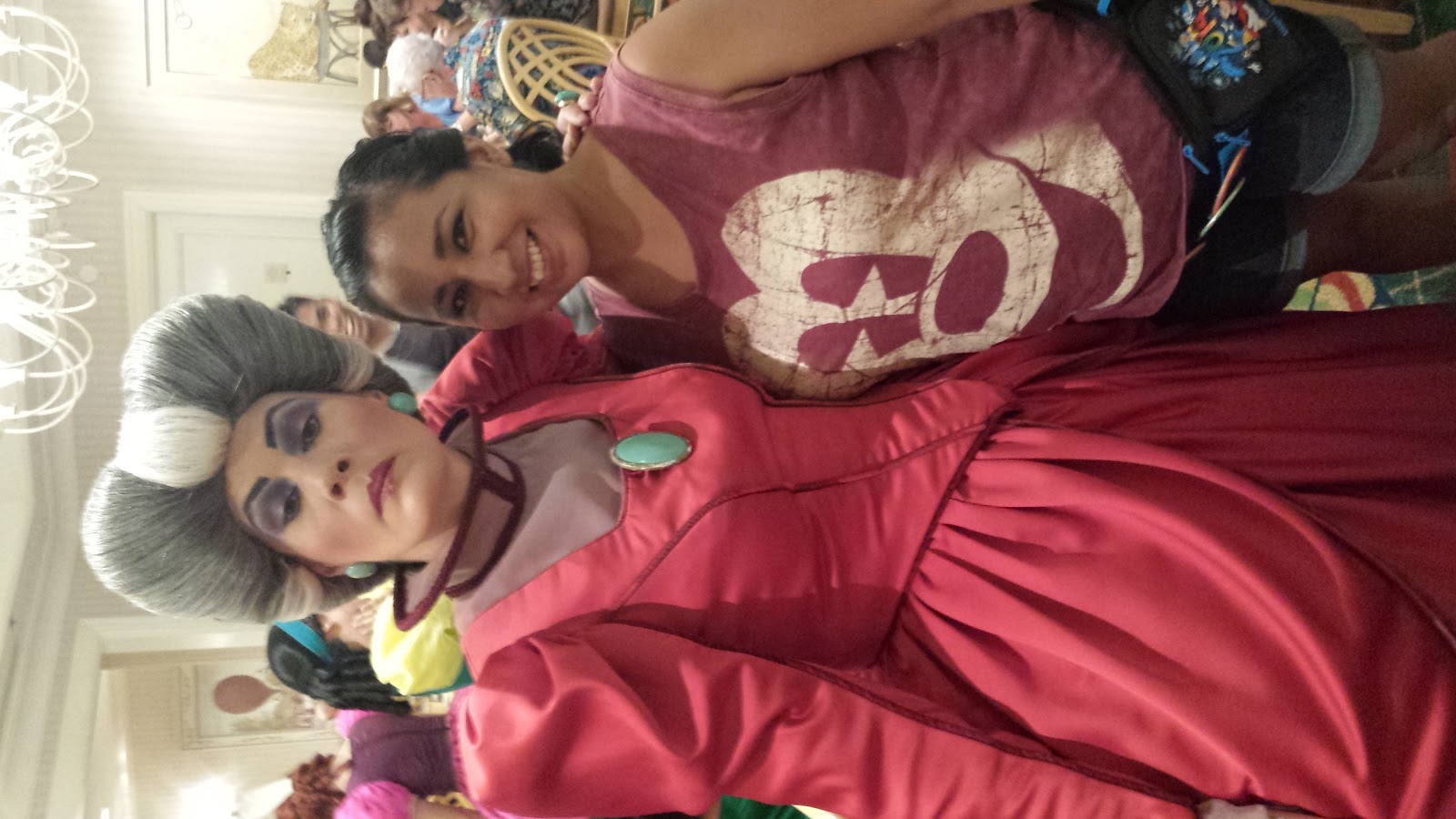 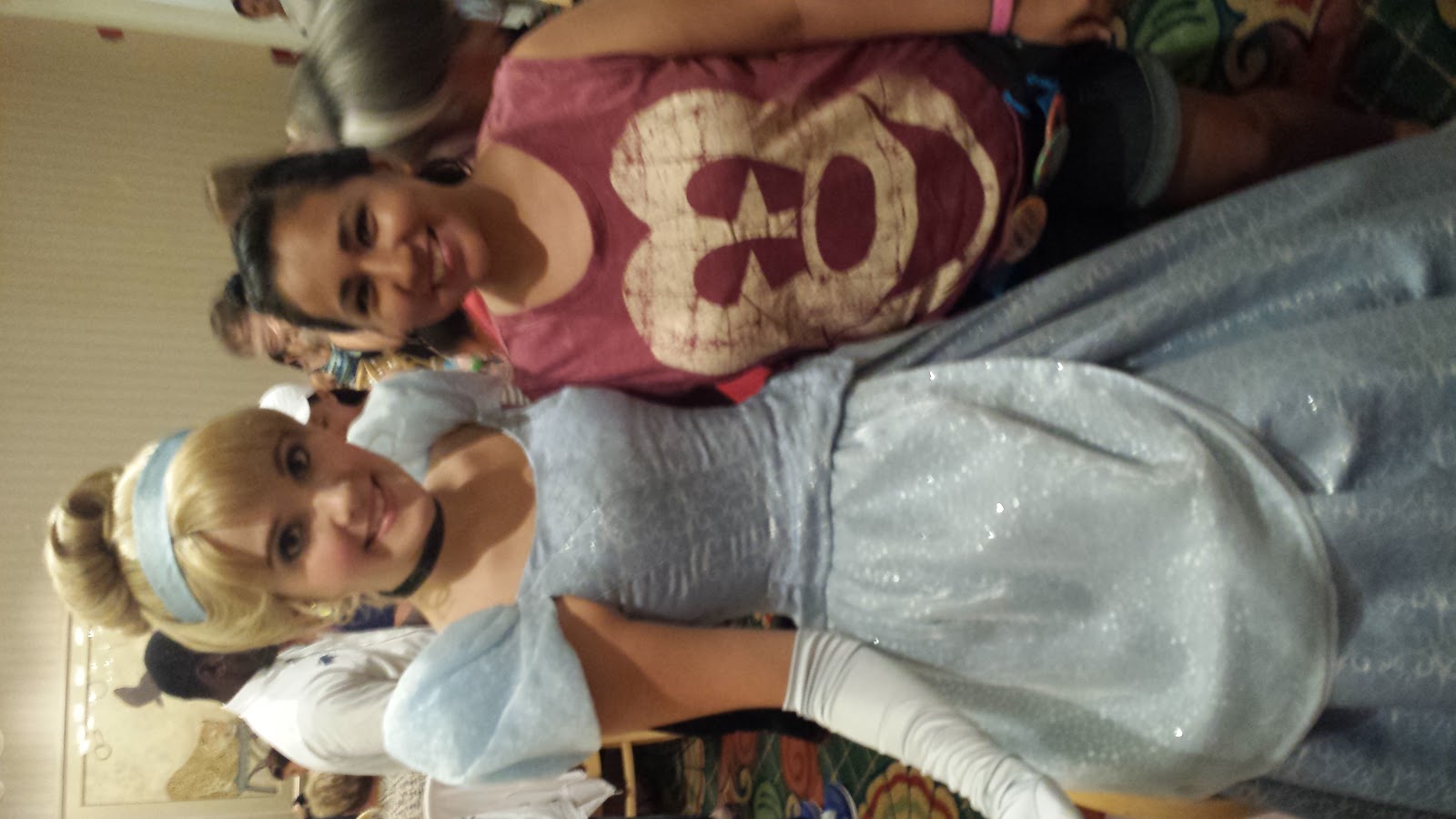 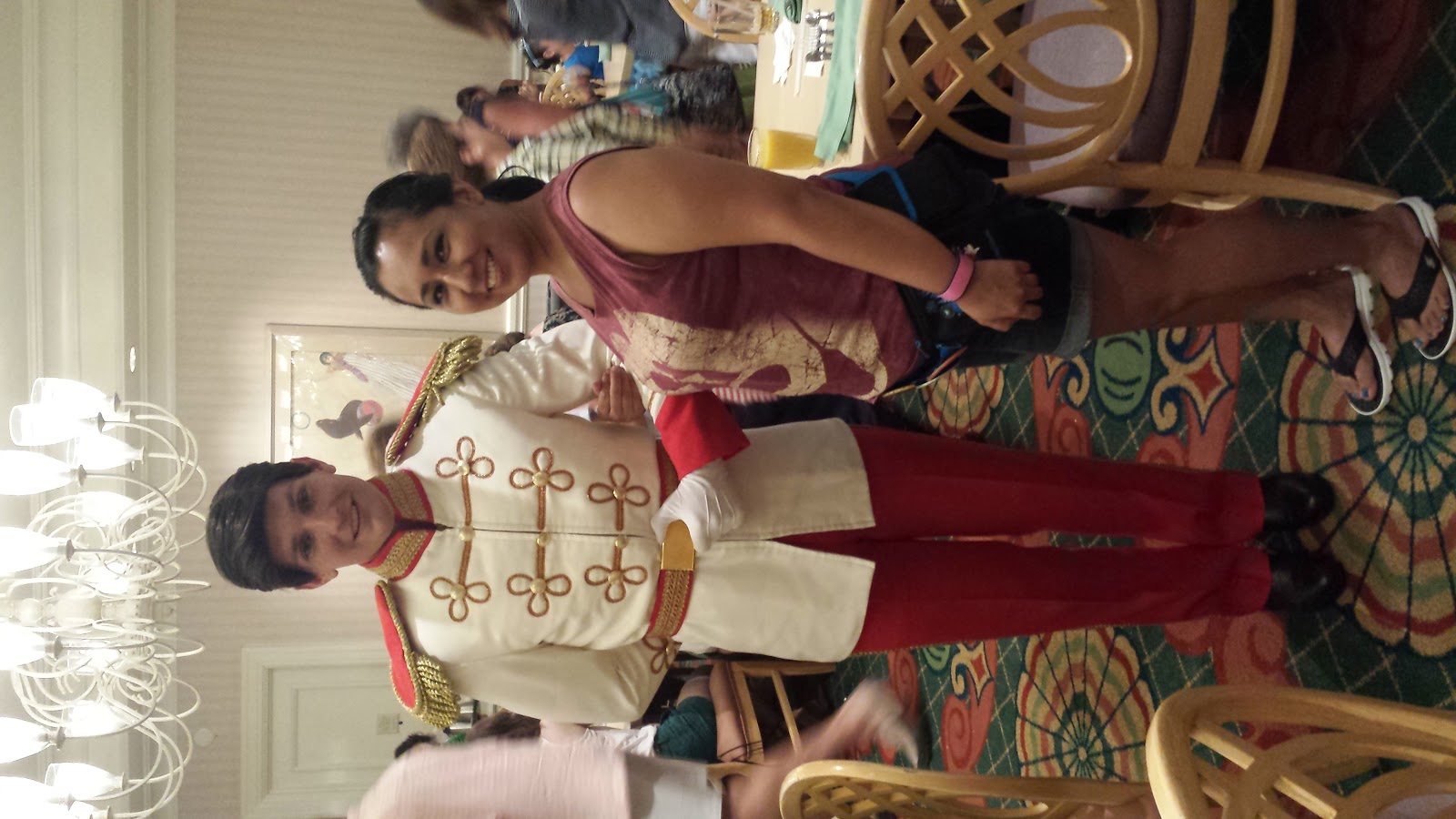 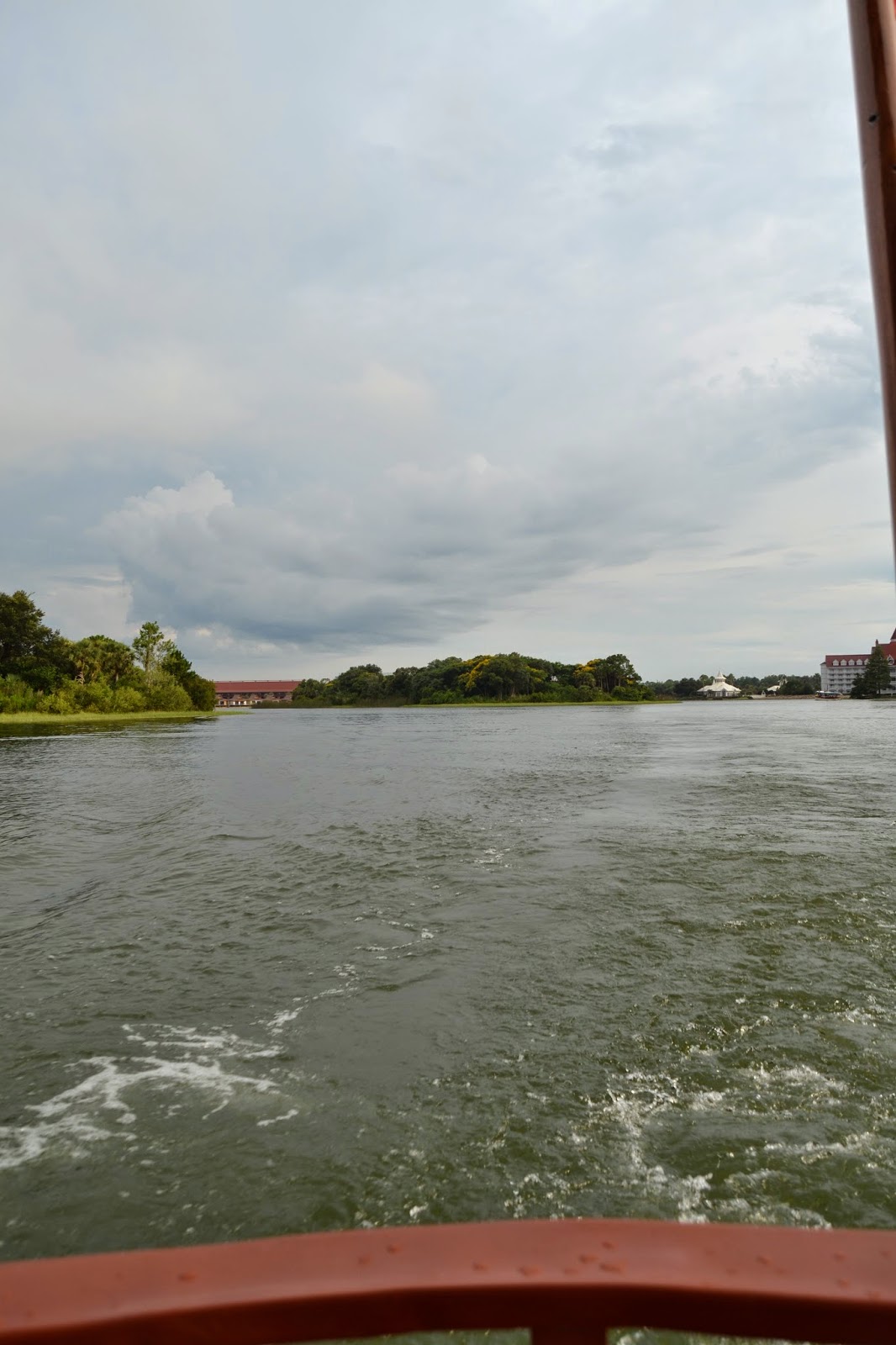 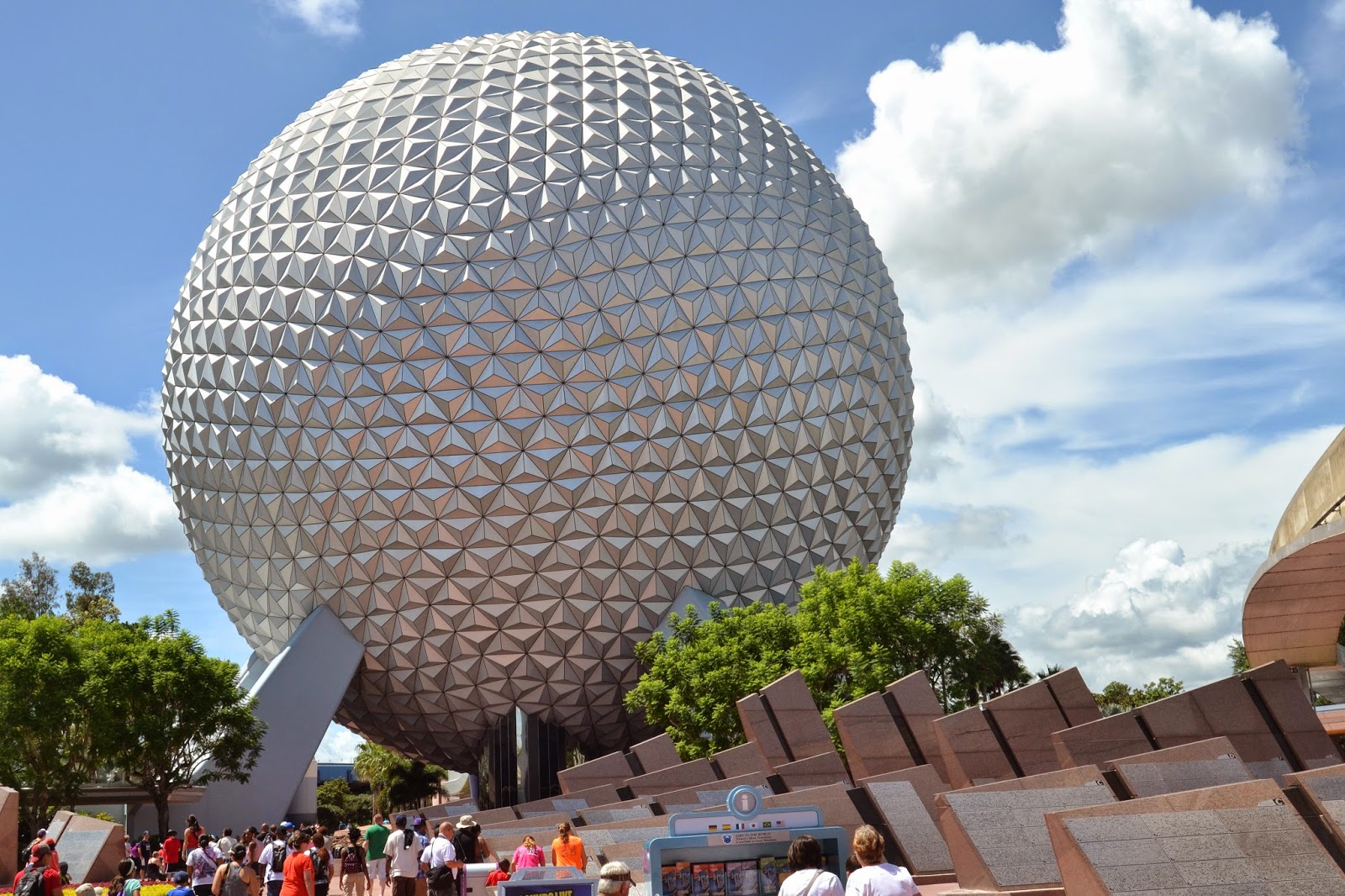 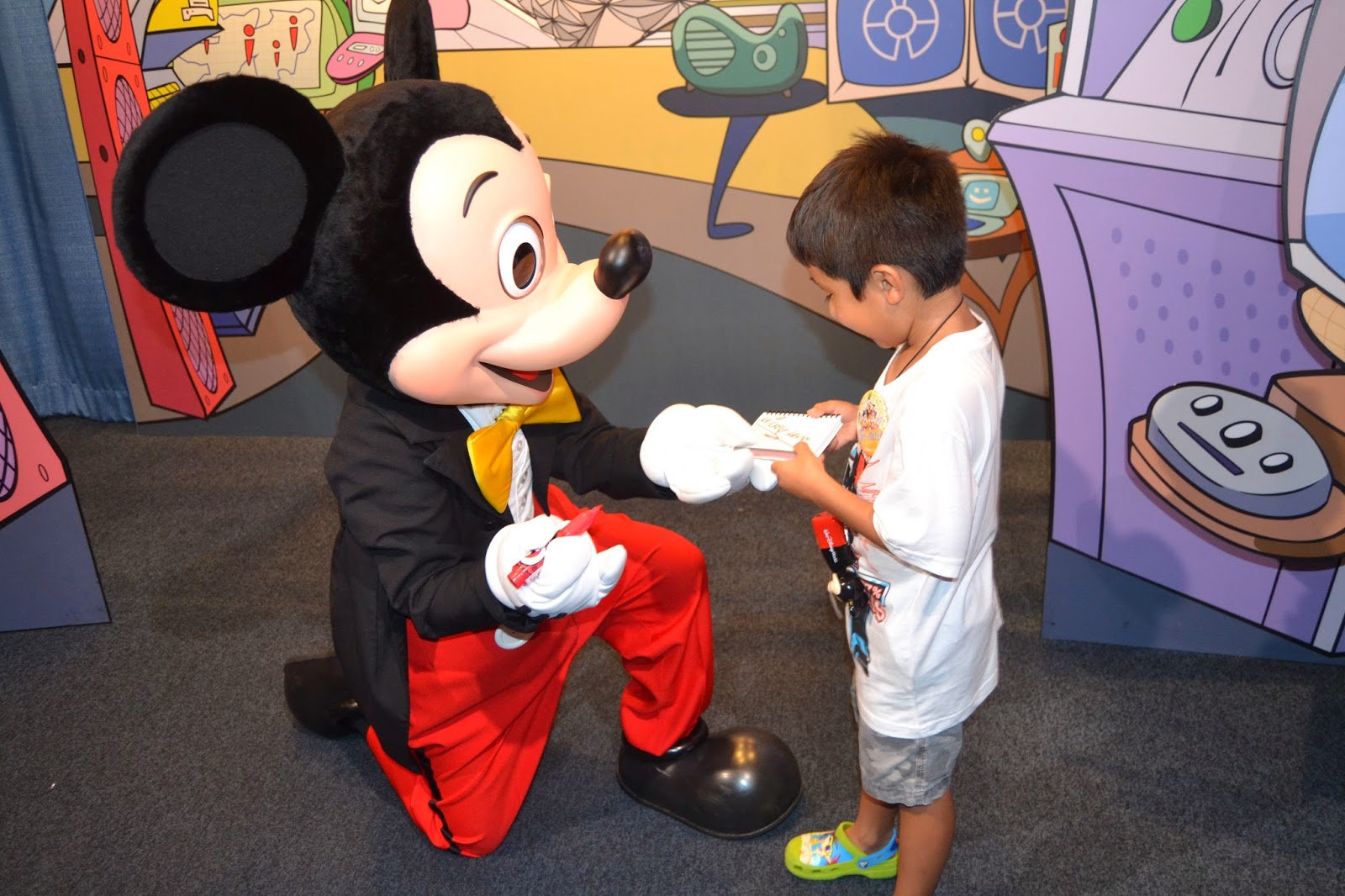 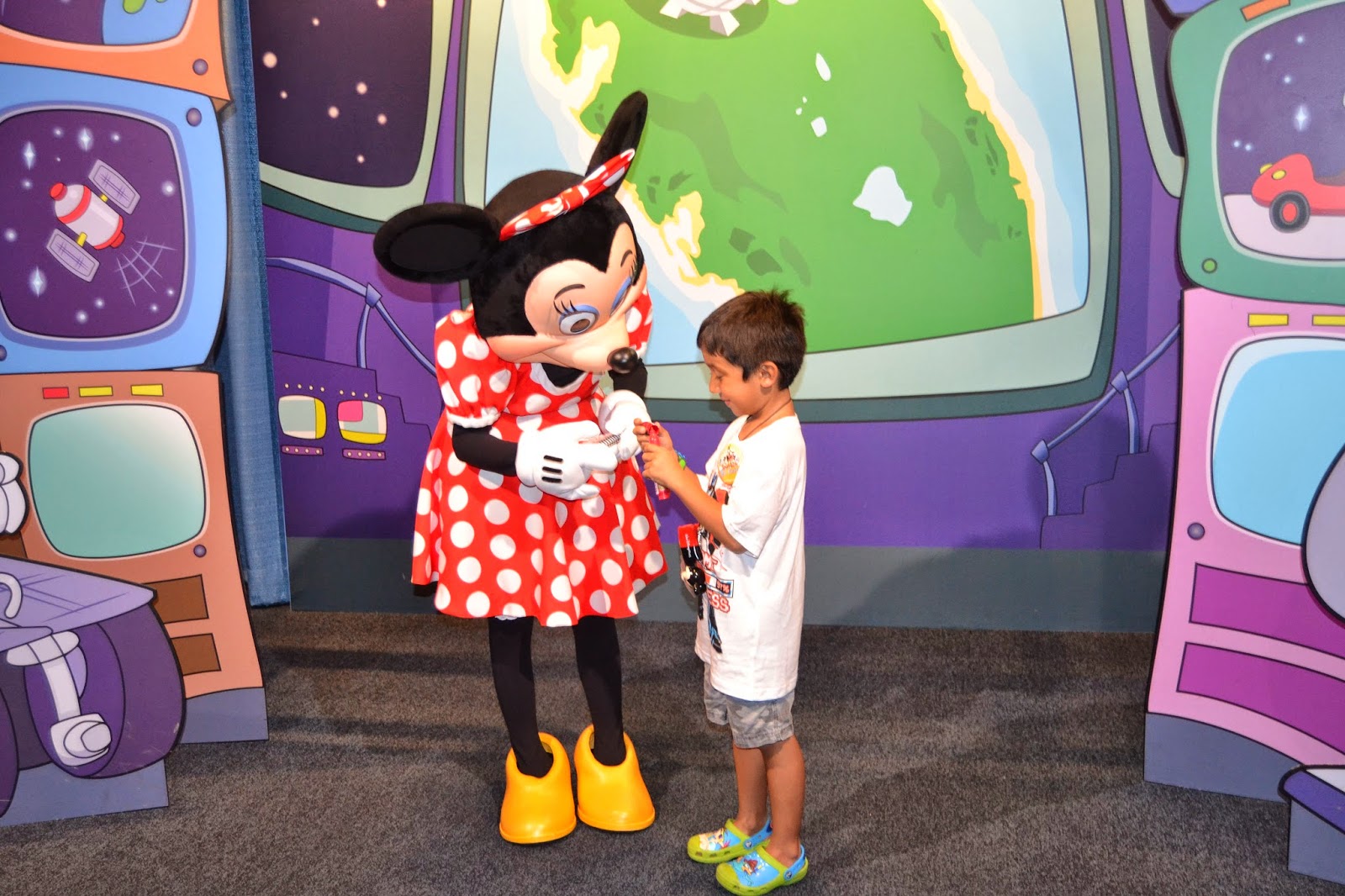 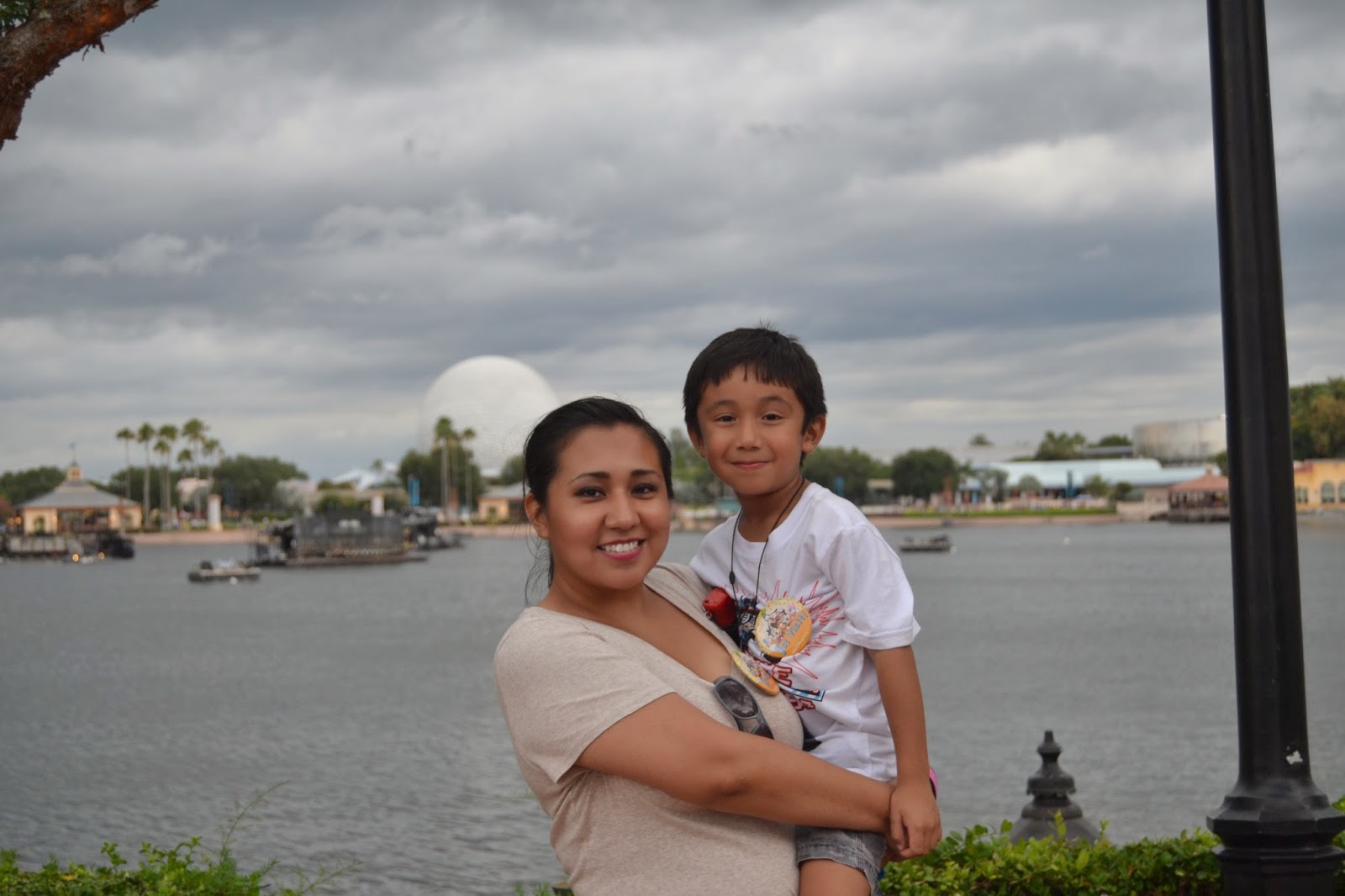 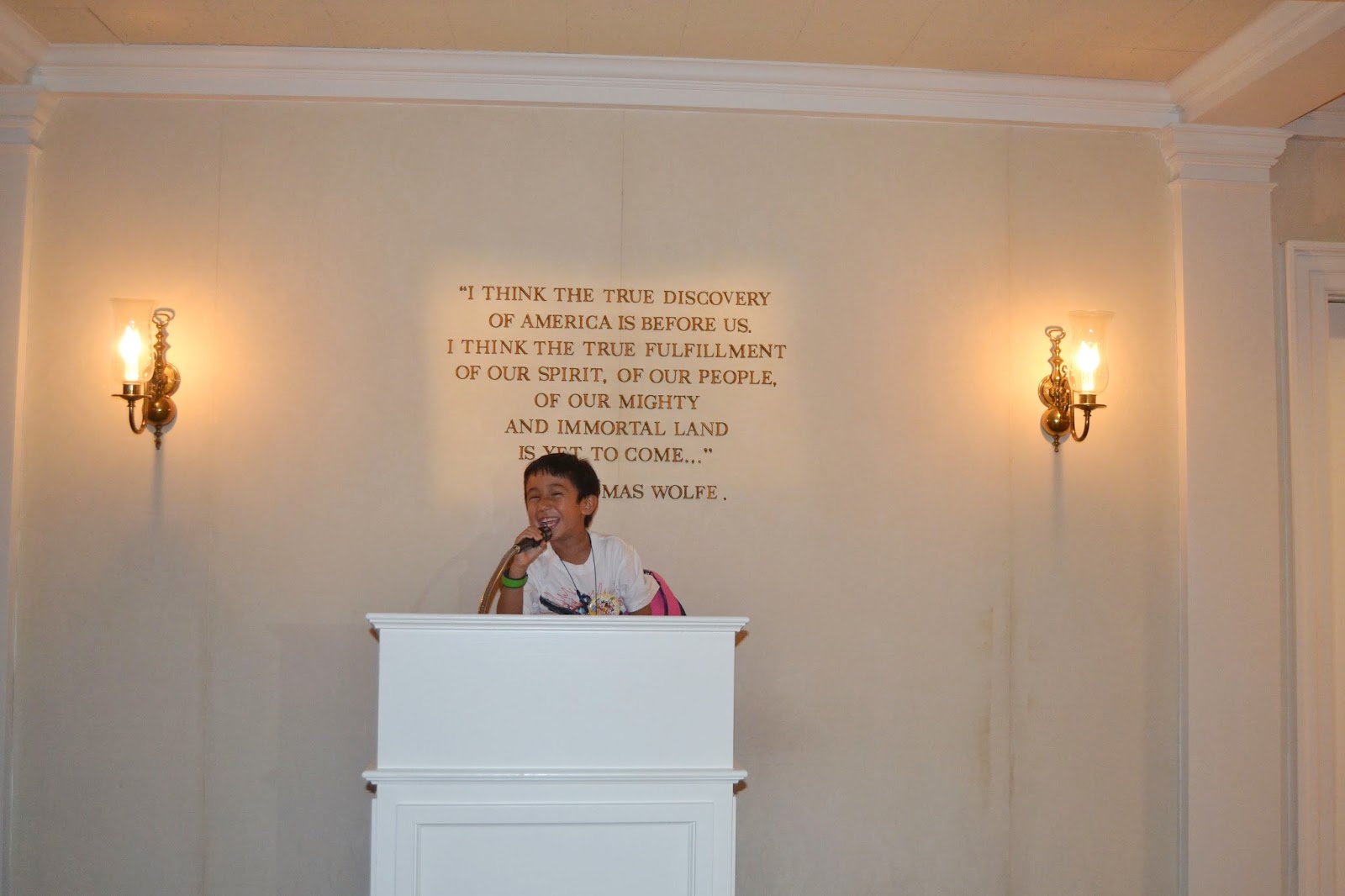 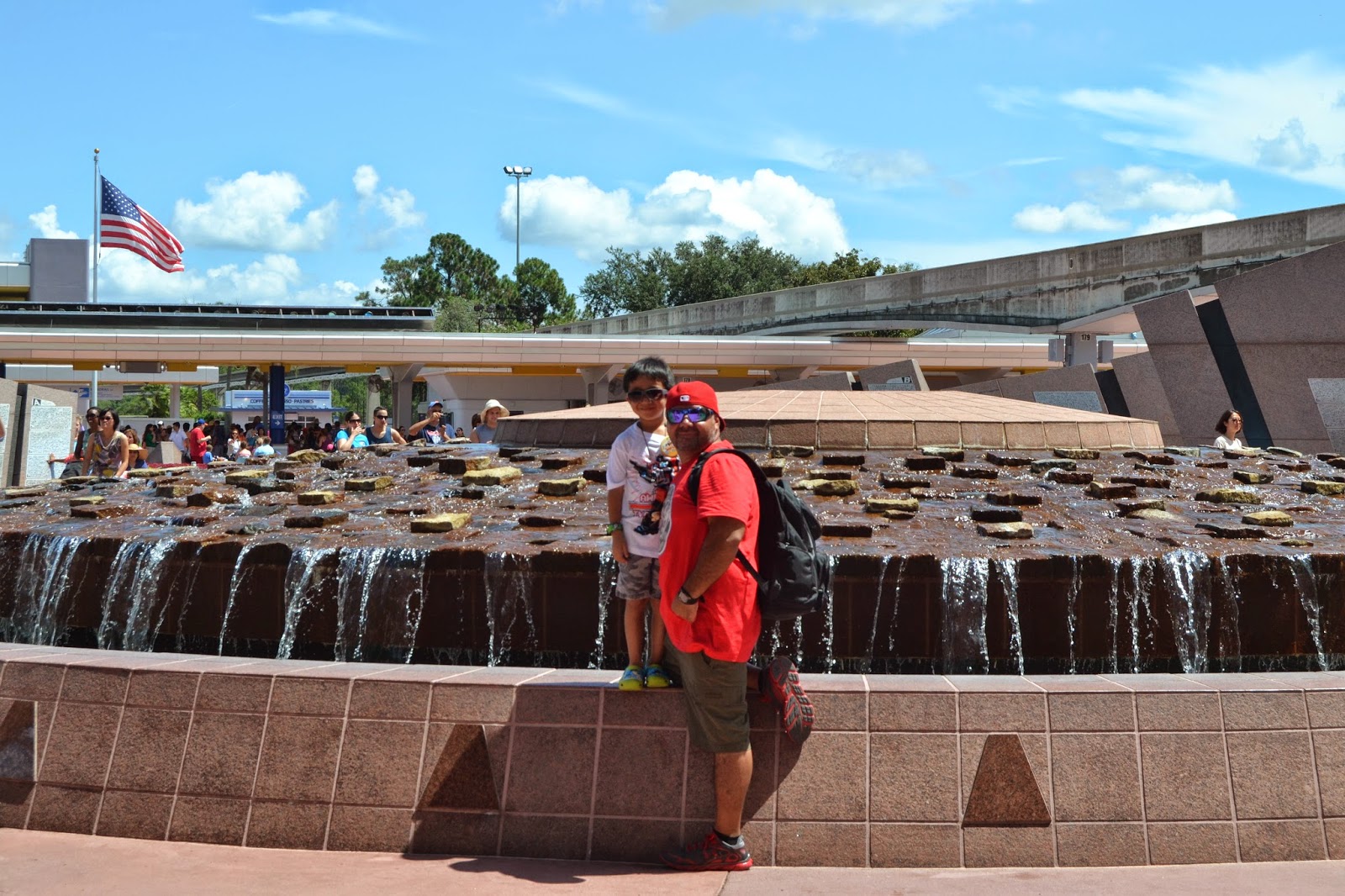 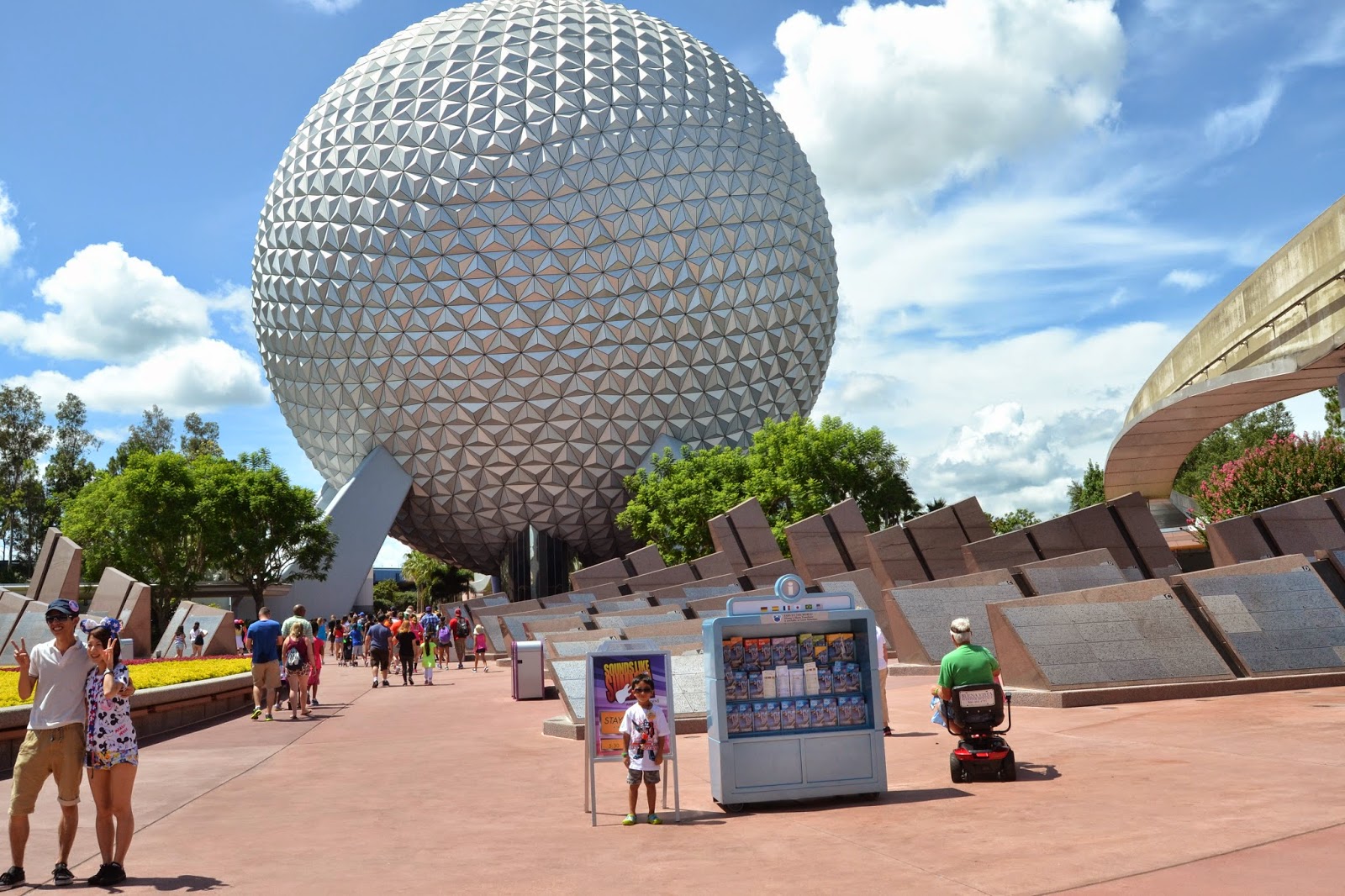 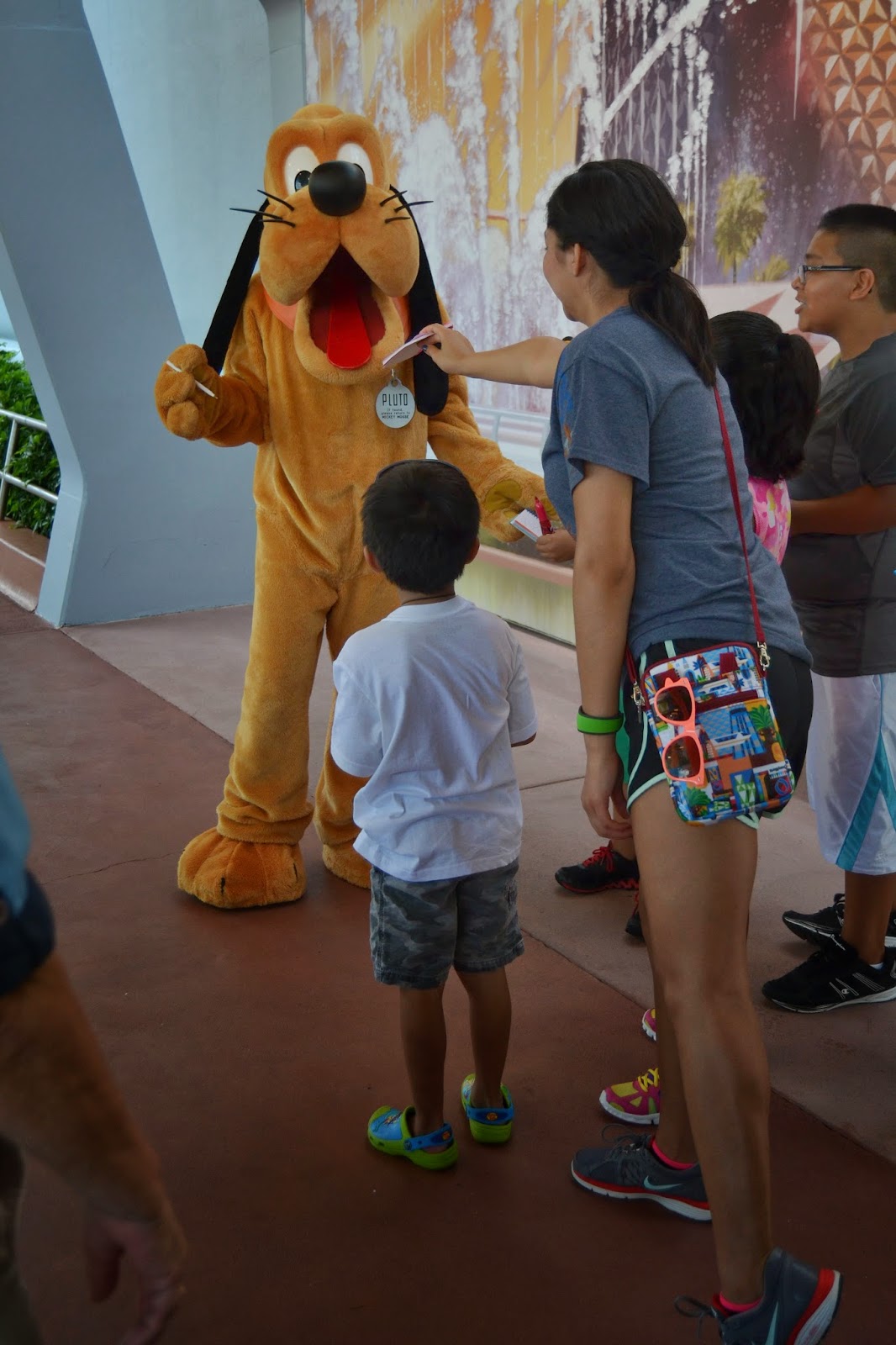 This day at Epcot was actually really fun.  Lots of walking but well worth it.  My sister suggested to take a little notebook and a fat marker to get autographs from the Disney Characters.  We bought some from Michaels Craft store. The notebooks where in the kids section $1.00 baskets and the fat markers are the ones that have a scent to them.  Those were a little over $1.00.  I'm still trying to figure out how to upload photos to my blog so forgive me if my pictures are limited.  When we first got to Epcot, Pluto was taking pictures with the kids.  He also signed there books.  My mom had a big sun hat on and she had the characters sign that.  We used our Fast Pass to get in line to have Mickey, Minnie, and Goofy take pictures with us. The kids really enjoyed that.  I must admit I enjoyed it as well.   We watched the show "The Circle of Life"  We rode Mission: Space and Test Track.  I  was shocked that I actually got on it.  I am usually very scared of heights and get motion sickness really quick.  But it was all worth it especially after hearing my son say "Im proud of you mom".  I am glad he took after his daddy...fearless.  We ate dinner at the Nine Dragons Restaurant which was included in our dining plan.  Again we just had to pay for the tip.  After dinner we walked

Posted by Christina at 6:23 PM No comments:

Our Day At HollyWood Studios

Posted by Christina at 3:00 PM No comments:

This summer we were very blessed to be able to go to Walt Disney World. We talked about going but never really made any plans to go.  My aunt was gracious enough to invite us and 10 other of my family members to Walt Disney World.  We piled up in 3 vehicles and started our voyage from Houston, Texas to Orlando, Florida.  We stopped about every four hours to stretch our legs and take restroom breaks. We packed a few ice chest with drinks and lunch meat. We also had bread and a big variety of snack that way we didn't need to spend extra money eating out during the drive to Orlando.  We left my house about 7am and made our final stop at about 10pm. The next morning we drives a few more hours until we got to Walt Disney World. The resort we stayed in was a value resort. We knew we were going to spend more time at the parks rather than the room so this resort was perfect for us. As you can see the room was very roomy. We got a package that included points for a hot breakfast, a snack and dinner. We also got refillable cups to use at the resort. We ate breakfast every morning at the cafeteria in the resort. The waffles were shaped into Mickey Mouse. The snack point was used at the park. We were able to get anything from popcorn to cookies to pretzels or frozen lemonade. There were many others to choose from but these were some of the things our group chose to get. The dinners were awesome. I'll post more about that in a couple of days.  There is so much more I can write about the resort but I'll stop here. I will say that we found it easier to just call WDW to make the reservations rather that book online. My aunt and I must have spent a little more than an hour with the call center making the reservation. Every question we asked was answered politely and she gave us different price options from the more expensive resorts to the most value resorts. Overall it was a great experience. 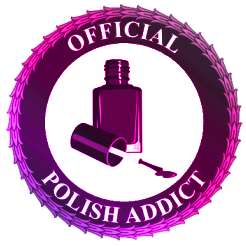